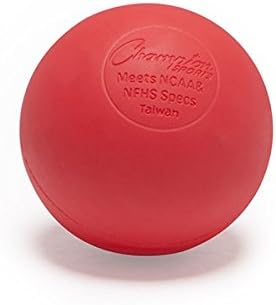 Play like a pro with the Official Lacrosse Balls Designed to meet NCAA and NFHS specifications these molded rubber official size and weight lacrosse balls to meet your practice and game play needs At we stand behind our products and ensure that we can foster an experience that fully aids you in reaching your desired goals We carry over our products tailored to the team and individual athletic market fitness enthusiast physical education programs and the educational market We value our users and ensure that our high quality products are always attractively Features. NCAA approved. Pack of 12Specifications. Color Red. Diameter 25. Weight 038 lbs